Does it pay to spray fungicide on alfalfa? 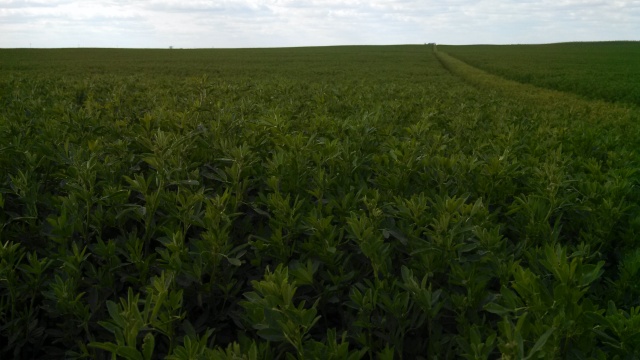 WALLACES FARMER – The use of foliar fungicide on alfalfa is a popular topic among growers. Despite the lack of improved forage quality in most small-plot university trials, somewhat consistent and statistically significant yield responses have been achieved.

Over the past six years, we conducted 16 site-years of foliar fungicide research trials with alfalfa at the Iowa State University Northeast Research and Demonstration Farm at Nashua. With the help of farm superintendent Ken Pecinovsky, we evaluated weather conditions, application timing and alfalfa varieties for foliar fungicide treatments when determining cost-effectiveness and yield response to the treatments.

Just as with fungicide applications for corn and soybeans, you need to select opportunities with alfalfa as to where the probability of economic return is greatest. To apply fungicides to alfalfa without much thought to harvest schedule or environmental conditions doesn’t follow proper stewardship of pesticide use, nor would it result in maximizing profit.

To spray or not to spray
According to the results of our studies, here are factors to consider when using foliar fungicides in alfalfa production: