In some areas of Kansas, alfalfa may still be producing growth. This creates a dilemma for producers in need of forage, or for those who want to maximize profits from one last cutting. Should you cut it now or just before the first killing freeze (24 to 26 degrees) is forecast to get as much productivity as possible – or wait until right after the first killing freeze?

At this point in the year, the best approach is to wait until right after the first killing freeze, before too many of the leaves have dropped. The timing of the last cutting can impact the productivity of the stand in the following year.

The agronomics of the question are clear. At this stage of the growing season, alfalfa plants need to store enough carbohydrates to survive the winter. If root reserves are not replenished adequately before the first killing freeze in the fall, the stand is more susceptible to winter damage than it would be normally. That could result in slower greenup and early growth next spring.

The last cutting, prior to fall dormancy, should be made based on expected crown regrowth rather than one-tenth bloom because of the decreasing photoperiod. The last cutting should be made so there will be 8 to 12 inches of foliage, or 4 to 6 weeks of growth time, before the first killing freeze. This should allow adequate time for replenishment of root reserves. 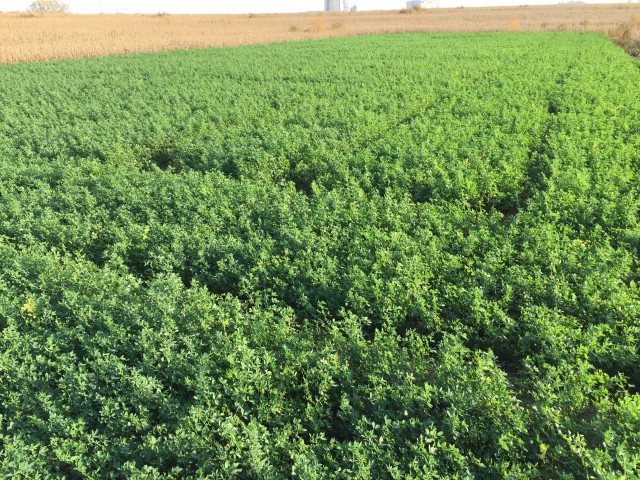 Figure 1. Alfalfa stand with approximately 12 inches of top growth prior to winter dormancy. The last cut in this stand was performed early September, and this photo was taken late October. This stand will be hayed immediately following the first killing frost. Photo by Romulo Lollato, K-State Research and Extension.

Making a cutting now, before a killing freeze occurs, could initiate regrowth, which will reduce root reserves during a critical time. About the worst thing that could happen to an alfalfa stand that is cut in late-October would be for the plants to regrow about 3 to 6 inches and then get a killing frost. In that scenario, the root carbohydrate reserves would be at a low point. That could hamper greenup next spring.

After a killing freeze, the remaining forage (if any) can be hayed safely. However, the producer should act quickly because the leaves will soon drop off.

Late fall is a great time of the year to soil sample alfalfa ground. This timing allows for an accurate assessment of available soil nutrients and provides enough time to make nutrient management decisions before the crop starts growing in the spring. Soil tests of most interest include pH, phosphorus, and potassium, and to a lesser extent sulfur and boron. When sampling for immobile nutrients, sampling depth should be six inches, while mobile nutrients (sulfur) should be sampled to 24 inches.