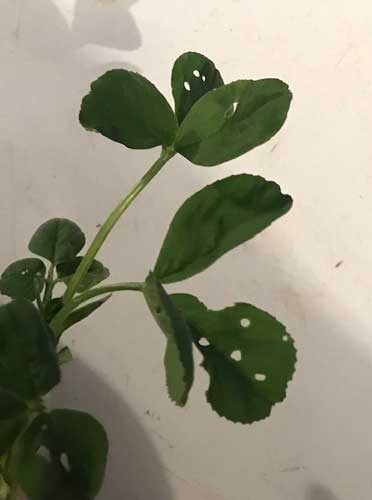 These small, yellowish or lime green larvae will become more plentiful and larger, and thus cause more damage, in the next couple of weeks as the weather warms (Figure 2). Treatment thresholds vary widely for alfalfa depending upon end use, but a common threshold is to initiate treatment at 33-50% infestation, i.e. 1 larva for every 2-3 stems using the “stem shake” bucket method.  Next, sample again 10-14 days after treatment making sure to ALWAYS follow the insecticide’s label for treatment, re-entry, etc. 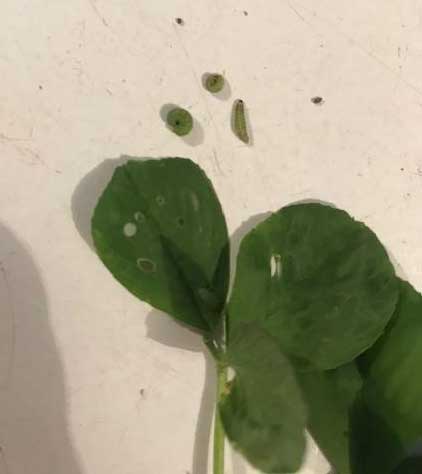 Army cutworms have been foraging on alfalfa and wheat in the western half of Kansas since last fall.  However, much of that feeding has just become evident in the last couple of weeks as these larvae get larger and consume more plant tissue (Figure 3). 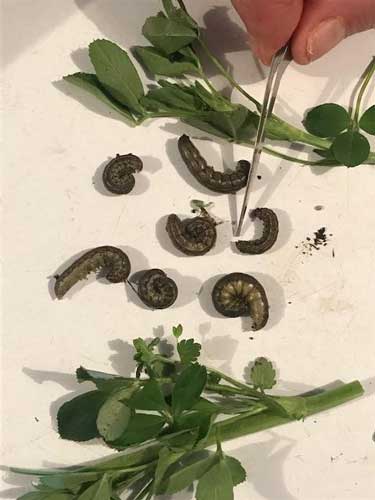 Most larvae sampled in north central Kansas are progressing to their latter stages of larval development–but will probably feed for at least another week. However, that week could be stretched out over several actual weeks because of cool weather. As they decimate their original host’s plant tissue (Figure 4), these larvae will move, usually in large numbers, to more succulent plants, thus the name “Army” cutworm. Several of these masses have been noticed already this year. But, they are not moving to pupate, they are looking for more food. 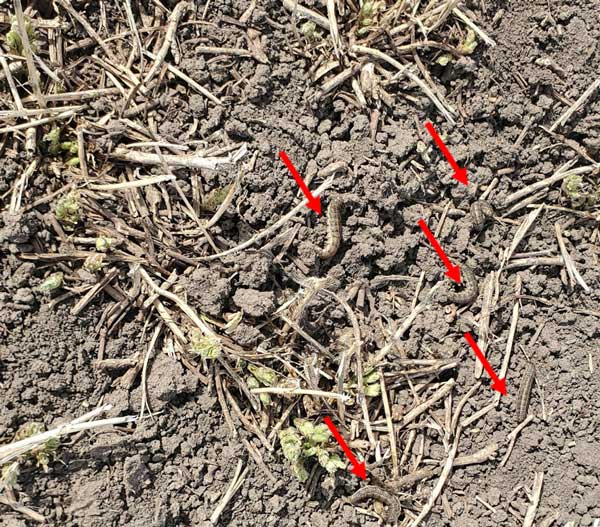