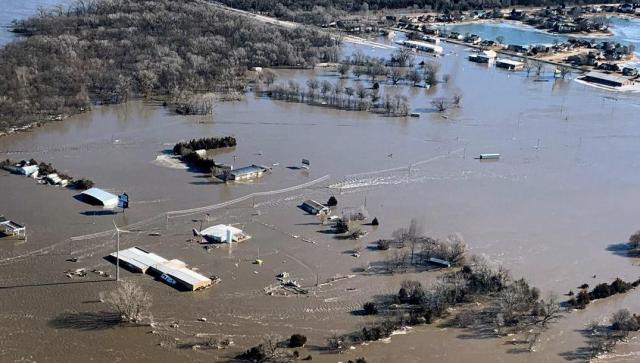 Courtesy Photo from State of Nebraska

Many Nebraska farmers and ranchers have been devastated by the flooding caused by the two-day, “bomb cyclone” that dumped snow and rain across frozen ground earlier this month. Some Nebraska communities received nearly 18 inches of snow, while others recorded nearly four inches of rain. That moisture caused runoff that swelled rivers and streams to record levels.

Many organizations have set up Disaster Relief Funds, but the Nebraska Farm Bureau, has developed the Agriculture Disaster Exchange (ADE), https://www.nefb.org/get-involved/disaster-assistance, which allows for both online donations and a place for farmers and ranchers to seek and offer help, including extra hay to sell or donate to help a producer recover from the blizzard.