KSU EXTENSION ENTOMOLOGY NEWSLETTER – Alfalfa in north central Kansas doesn’t seem to be in the overwintering mode yet. It is still growing, albeit slowly. But, the unusual situation this warmer-than-average fall weather has caused is with alfalfa weevils. 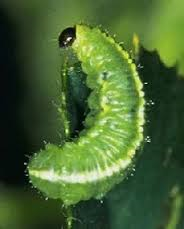 On 16 November, several alfalfa fields were sampled in north central KS and many adult alfalfa weevils were captured. However, the unique situation was the sampling of many alfalfa weevil larvae. Some leaf feeding by these larvae was also evident. These insects are normally univoltine (one generation of alfalfa weevils/year). The adults are moving, or have moved, back into the alfalfa fields by now and started laying eggs. Eggs laid in the fall are not normally developed enough to hatch this time of year. Late February is usually the earliest that alfalfa weevil eggs hatch. After the coming cold front moves through and temperatures warm back up we will re-sample to determine how the cold temperatures impacted these larvae. Read More.