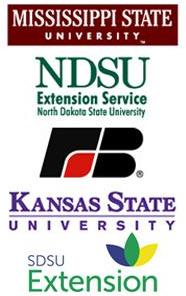 USDA-NASS released both the monthly Cattle on Feed report and the semi-annual Cattle inventory report on Friday, July 25. Both reports helped to confirm why cattle and beef prices have continued to increase to record high levels.

The Cattle report was anxiously awaited because, due to budget restrictions, the July report was not released last year.  That means year over year comparisons are not possible and comparisons must be with July 2012.

The report confirmed that cattle supplies are tight, but due to the two year lag in reporting, it could not be determined if herd rebuilding in the U.S. has begun. There are other indications though that some herd rebuilding is taking place. The previous Cattle report issued as of Jan. 1, 2014, indicated an increase in beef cow replacements of 1.7% over 2013. Although it is dry in parts of the South and very dry in the Southwest, pasture and range conditions have improved. NASS reports that 17% of U.S. pastures and ranges are now in poor and very poor condition compared to 28% last year.

Other highlights from the Cattle on Feed report are that cattle and calves on feed for slaughter market in the U.S. for feedlots with 1,000 head or more totaled 10.1 million head on July 1, 2014. The inventory was 2.4% below last year and also below the pre-report trade estimate of a 1.9% decline. The Cattle report showed 11.6 million total cattle on feed so the 1,000 head or more feedlots amounted to 87% of the total.

Placements into feedlots during June totaled 1.46 million, 6.2% below last year and also below the trade estimate for only a 3.8% decline.

Marketings of fed cattle during June totaled 1.85 million, 1.8% below 2013. This was the lowest fed cattle marketings for June since the series started in 1996, and helps explain the contra-seasonal increase in fed cattle prices this summer.

The lower number of cattle on feed, fewer feeder cattle outside feedlots, smaller 2014 calf crop, and some heifer retention all point to continued historically tight cattle supplies in the months ahead.